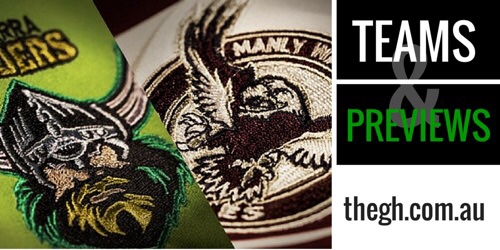 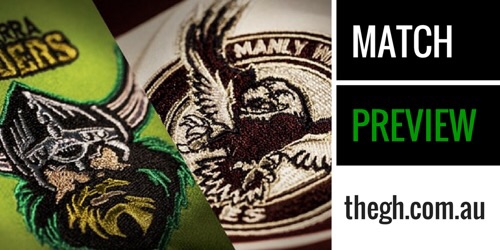 The Holden Cup Canberra Raiders produced a breath-taking, come from behind win against the Sydney Roosters last Sunday at Canberra Stadium - and it surely helped make up for the heart-breaking one point loss to the Eels in Round 11.

The Raiders trailed the Roosters by 24-4 with a quarter of an hour remaining. But the Raiders then piled on four rapid fire tries - to Sebastian Kris, Sam Finnegan, Harry Van Dartel and Andre Niko to snatch a two point lead with three minutes left. Captain Jarred Tuite, who had put in an inspirational performance, then capped it off with a try of his own - delivering an incredible 32-24 win to the home team. 28 points and five tries in the space of 15 minutes.

The win sees the Raiders climb to ninth place on the competition ladder - just behind this week's opponent, the Manly Sea Eagles in eighth. The Sea Eagles are on the same number of competition points as Canberra and have a slightly better points differential - but have won one less match than the Raiders.

The Sea Eagles suffered a 36-12 loss in their last start against the Gold Coast Titans in Round 11. The Titans led all the way, going to a 22-0 lead early in the second half. Manly managed to reduce the gap to 10 through a couple of tries, but the Titans powered away in the final 20 minutes.

The Raiders also inflicted a big defeat on the Sea Eagles when the teams met just a few weeks ago at Canberra Stadium. The Sea Eagles dominated the first half in that match - yet led by just two points, 8-6, at the break. Then in the second half, Canberra opened up the attack, piling on five tries to one for a 36-14 victory.

Despite suffering some big losses, the Sea Eagles have posted a couple of good wins in their past five matches - albeit against teams that are placed well down the ladder, the Broncos and Rabbitohs. They are on a WLWWL form line, while the Raiders have a WWLLW record.

The Raiders have named forwards Jack Murchie and Emre Guler to back up from representing New South Wales in the Under 20s Origin match. They are both having fair seasons. Murchie averages 112 metres from 11 runs, 23 tackles and two tackle breaks per match. Guler averages 101 metres from 10 runs, one offload and three tackle breaks. So they will certainly be welcomed back.

Matthew Scott drops back to the bench with Guler's inclusion, while Murchie will play alongside Jacob Field in the second row. Regular second rower Hudson Young has not been named after he was injured on Sunday.

The Sea Eagles have no representatives in the Under 20s Origin - so all their players should be fresh after a bye. Billy Bainbridge earns a place in the starting second row in place of Haumole Olakau’atu, with prop John Tuivati returning to the starting team at prop. John Neil and Taniela Paseka have been brought into the top 17 on the bench.

Our tip: It will be tough ask for the Raiders to win at Brookvale, but they did do it last year, mauling the Sea Eagles 56-22 to secure a place in the 2016 finals. The Raiders have some injuries, notably Kalani Going, but will be stronger for the return of Murchie and Guler. We'll tip the Green Machine in a close match.

Welcome to our Holden Cup coverage from Brookvale Oval! Manly kick off to start the first half. Early error from the Raiders... Sea Eagles scrum on their own 40m line.

No final line up supplied by the Canberra Raiders. Here's the final Sea Eagles line up:

4th min TRY RAIDERS to Mikaele Ravalawa. Nice backline move puts Ravalawa in space. Converted from out wide by Andre Niko. Looks like Jayden Carroll is OUT, Derek Hay is IN.

14th min TRY RAIDERS to second rower Jacob Field. Manly produced an error on their own goal line, then the Raiders kick ahead on the second tackle! No conversion from Niko.

24th min TRY SEA EAGLES to Taniela Paseka. Canberra error in their own half gave Manly territory and possession... then Paseka took advantage of a staggered defensive line. Converted.

30th min TRY SEA EAGLES to Thomas Wright. The Raiders were clearly obstructed in the lead up, but no penalty awarded. Then Manly ran it on the last tackle. Jade Anderson Gets the conversion.

40th min Penalty to the Raiders with two seconds left, 35m out. Niko goes for goal. He gets it!

Teams are back for the second half. Raiders kick off, we are back underway!
The official Greenhouse score update service
Top

54th min Raiders knock on over the line... lots of penalties to Canberra and in the red zone, but no score... now Raiders forced into a line drop out.
The official Greenhouse score update service
Top

57th min TRY SEA EAGLES to Josh Martin off a forward pass. Manly have been deliberately conceding penalties... and now they get the reward... No conversion.

62nd min TRY SEA EAGLES to Taniela Paseka. It's his second of the day. It will be difficult to get out of this one. Jade Anderson converts from out wide.

65th min Looked like Komiti Tuilagi was over for Canberra for sure and certain, but he's ruled held up over the line on the last tackle.

70th min Bit of a dust up here. Lots of pushing and shoving. Finally the referee gains control and calls time off. Went on for some time. Zac Masters has been told he's bad. Penalty Sea Eagles.
The official Greenhouse score update service
Top

74th min TRY RAIDERS to Mikaele Ravalawa. They regathering at the kick off and go all the way! Good effort. Converted Niko.

77th min Raiders kick ahead, look very dangerous, but Manly cover up the ball. Now Canberra ruled to have knocked down the ball. Manly scrum on their own 30m line.

79th min TRY SEA EAGLES to Jade Anderson, he gets an overlap and runs over 50m to score. There's another dust up, up field. No conversion.

The Canberra Raiders NYC team have fallen 34-18 to a determined Sea Eagles side at Lottoland this morning.

The Green Machine got off to the perfect start when Mikaele Ravalawa found space to run into and score the opening try of the match and give the Raiders a 6-0 lead.