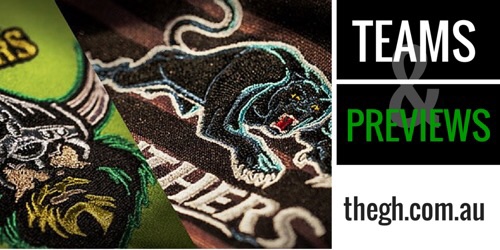 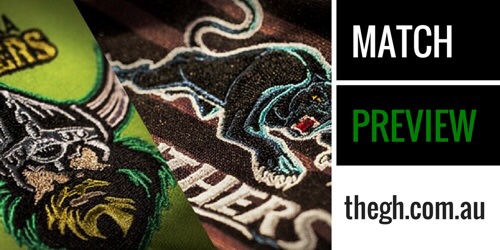 With three rounds remaining, the Holden Cup Canberra Raiders are in 12th place on the ladder and four competition points out of the top eight. Their mathematical chance of playing in the finals was kept alive with a 36-14 win over the last placed New Zealand Warriors in Auckland last Sunday. However, with a log jam of seven teams vying for three remaining places in the eight, Canberra is realistically now only playing for pride.

Last weekend: The Warriors put up a good fight in Auckland on Sunday - leading 8-0 at the half hour mark and keeping Canberra scoreless until the 34th minute. The New Zealand outfit was prepared to do anything to defend their line - and gave away a string of penalties in the red zone. They were reduced to 12 men in the 20th minute for repeated infringements, but even then Canberra could not penetrate the defence.

The complexion of the game changed when the Warriors failed to handle a bomb with just six minutes to the break. Raiders centre Sebastian Kris simply picked up the spilled ball and charged over the line. He was in again, just moments later, when Sione Afemui made a huge break from the kick off, before offloading to Kris for the four pointer.

Canberra took a 10-8 lead to the break and then went on with it in the second half. In the 44th minute, Erin Clark kicked to the try line, with the ball brilliantly batted back by Andre Niko for Mikaele Ravalawa - who crossed uncontested. Ravalawa got a double 10 minutes later... and when Raiders forward Hudson Young went in under the posts in the 56th minute, the Raiders effectively had the game wrapped up, 26-8. More great attacking football saw Harry Van Dartel and Derek Hay scores tries, with the Raiders taking a 36-8 lead with 10 minutes remaining. The Warriors scored a consolation try through Chris Sio just before full time.

This week's contest: The Raiders return home this week for a meeting with the second placed Penrith Panthers. The Panthers have posted 13 wins and two draws this season, while the Raiders have a 9-12 record. Penrith are on a WLWWL form line in their past five matches - losing last week, 40-16 to the fourth placed North Queensland Cowboys. They also suffered a recent loss to the Gold Coast Titans, 52-32.

The Panthers rank sixth in attack, scoring an average of 30 points (5.5 tries) per match, compared with 25 points (4.5 tries) per match for the Raiders. Penrith have even better defence, ranking second for least points conceded. They give up four tries per match, compared with an average of more than five for the Raiders. Canberra has a good 7-3 record at home, but the Panthers travel well, having won six and lost three away this season.

Team changes: Raiders coach Brett White has made only minor changes to the team that defeated the Warriors. Mikaele Ravalawa moves to centre, with Andre Niko shifting out to the wing. Harry Van Dartel retains a place on the wing, after being a late inclusion last week.

For the Panthers, Daine Laurie replaces Jamon Wormleaton on the wing. Captain Wayde Egan moves back to hooker after standing in at five eighth last week, with Ray Maroun dropping to the reserves list. Toby Westcott, who started the year in the SG Ball squad, takes the No. 6 jersey. Meni Luke drops from the bench to the reserves list. Carl Winterstein, Brad Gaut, and Jesse Abbott move into the top 17 on the bench.

Opposition to watch: Half Dean Blore and hooker Wayde Egan are the danger men in the spine. Egan has 15 tries, 16 line breaks, 13 try assists and 20 offloads this season. Blore has 10 tries, 10 line breaks, 11 try assists and 10 offloads. Fullback Caleb Aekins averages 160 running metres and five tackle breaks per match. Then there's the danger in the outside backs. Winger Daniel Brown has 23 line breaks and 19 tries to his name. Centre Sam Martin-Savage, who has also played a fair bit at five eighth, has 13 try assists. I think you get the picture!

In the forwards, prop Stefano Hala averages 143 running metres per match, while second rower Reed Izzard makes 34 tackles per match. Hala was selected for New South Wales in this year's Under 20s Origin match. Izzard is the son of former Panther Craig Izzard, and the nephew of former Panthers half, Brad Izzard.

Our tip: When these two teams last met - in Round 14 at Penrith Stadium - the Raiders pushed the Panthers all the way, just going down in the end, 28-22. Erin Clark produced a great performance after being shifted to half last week... and if he can repeat that, the Raiders might cause the Panthers some trouble. It's difficult, however, to see Canberra taking this one.

The Canberra Raiders NYC side will be out to string back-to-back wins together for the first time in six weeks when they take on the Penrith Panthers this Sunday.

Currently residing in 12th position, the Raiders have struggled for form over the past month but recorded an impressive 36-14 win over the New Zealand Warriors last week.

Welcome to our coverage of today's Holden Cup clash between the Canberra Raiders and Penrith Panthers. It is a beautiful sunny, blue sky day in the national capital. It is presently 8C and forecast to get to 11C for kick off in Holden Cup... and a maximum of 13C during the NRL match. We'll have live scores from 11:45am and don't forget you can watch this match live on Fox League, Channel 502, with the broadcast commencing at 11:40am.

Penrith 100% possession so far after 8 minutes

7th min TRY PANTHERS to prop Tevita Mapapalangi. He just crashes through. Half Dean Blore converts from close to the posts.

This is going to be a slaughter

15th min TRY RAIDERS to Andre Niko! He converts his own try.

19th min TRY PANTHERS to hooker and captain Wayde Egan. There's a try being scored every couple of minutes. Defence not at a premium. Blore converts.

Some lucky bounces in the Panthers favour .. hopefully using it all in this game
I don't post facts
Top

Time to switch off the TV and get out to the ground .. my advice is required
I don't post facts
Top

Erin Clark is a solid lad

34th min TRY RAIDERS to Will Samuel. The Panthers defence is not a whole lot better than the Raiders. Canberra simply hasn't had enough possession or territory to threaten in the red zone. Andre Niko converts from close to the posts.

Must be about 80 missed tackles from both teams so far

38th min TRY RAIDERS to Andre Niko, his second of the day. He cannot convert.

Back underway for the second half.
The official Greenhouse score update service
Top

This game could easily finish 34-32! Or something like that!
The official Greenhouse score update service
Top

52nd min TRY PANTHERS to winger Daine Laurie in the corner. That could have stopped the fightback. Converted from the sideline.

66th min TRY PANTHERS to Samuel Martin-Savage, evades the defenders with a step.

70th min TRY RAIDERS to Mikaele Ravalawa, his second for the match and 10th for the season. Niko produces a great goal from out wide to convert.

Other than that their goin great...
3rd Battalion Royal Australian Regiment..Old Faithful
Top

Three tries in the opening 10 minutes was too much for the Canberra Raiders NYC side to comeback from as they fell victim to a 48-28 defeat at the hands of the Penrith Panthers.

The Raiders struggled to contain the zippy Penrith side early in the match with rising star Andre Niko the shining light for the Raiders bagging a double and converting well.