When the sun rose on 1 January 2017, the Canberra Raiders were one of the NRL premiership favourites. They had finished second on the ladder in 2016, and a premiership window definitely looked to be open. What happened? The team finished 10th, missing the play offs. It was intensely disappointing for all members of the Green Nation, who have been waiting for over 20 years for a premiership.

So what did the fans discuss the most? What news did they crave? Today, we reveal the top ten stories on The Greenhouse of the year.

In the past, the biggest Canberra Raiders stories of the year were often all about off field drama. Think Todd Carney, Josh Dugan and Blake Ferguson. But not this year. It was all about the footy. Every one of the Top Ten threads, based on the number of replies, was a Game Day thread.

As mentioned, there were high hopes at the start of the season - with huge interest in the Raiders' trial at Seiffert Oval against the Newcastle Knights, the Auckland Nines and Canberra's first NRL match of the year against the Cowboys in Townsville. But sadly, as the season progressed, the focus was on the games where things turned pear shaped - narrow losses and matches that should have been won, but were not.


Golden point loss to the Cowboys in Round 1

Eight of top ten days for the most site traffic coincided with surprising or frustrating losses. That list was headed by the big trial loss to the lowly Newcastle Knights, and included another loss to the Knights in Newcastle. It also featured the golden point loss to the Cowboys in Townsville, the loss to a Cowboys team missing Johnathan Thurston in Canberra, and two losses to the Panthers - one being the debacle in Bathurst. And the losses generated lots of discussion about what was going wrong - with focus on the form of the Raiders halves and on coach Ricky Stuart.


The Round 14 loss to the Panthers in Bathurst

It was not all bad news, however. An inspiring win over the Sharks at Cronulla - one where where the Raiders strangled the team in sky blue while Josh Papalii was in the sin bin - and the golden point win over the Dragons were two of the most discussed matches of the season.

Usually, there's a lot of buzz around signings re-signings and player movement. In 2017, the buzz was all about Dave Taylor. He arrived in late 2016 on a train and trial deal - after a chance meeting in an airport with Ricky Stuart. Taylor was on his way back to central Queensland, his football career seemingly over. He was set to work in the mines until Stuart threw him a life line. He was a constant topic of discussion amongst Raiders fans: his pre season battle to get fit, his court appearance for drug possession while at the Titans, his part time job at Queanbeyan's Top Pub, his one year deal and the two match suspension required by the NRL. 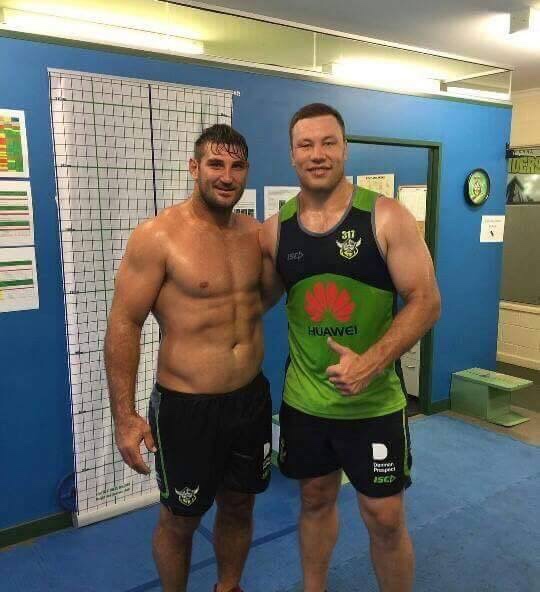 Two threads featuring Taylor made the top ten. Put together, there was no topic that was more viewed on The Greenhouse in 2017. The news that he would move to the Toronto Wolfpack in 2018 was another big story... just outside the top ten most viewed threads.

The decision to release Edrick Lee just before the start of the season was major news, as was the signing of Fijian rugby union sevens Olympic gold medallist Masivesi Dakuwaqa. But they were not big enough to make the top ten most viewed threads.

The world's a stage 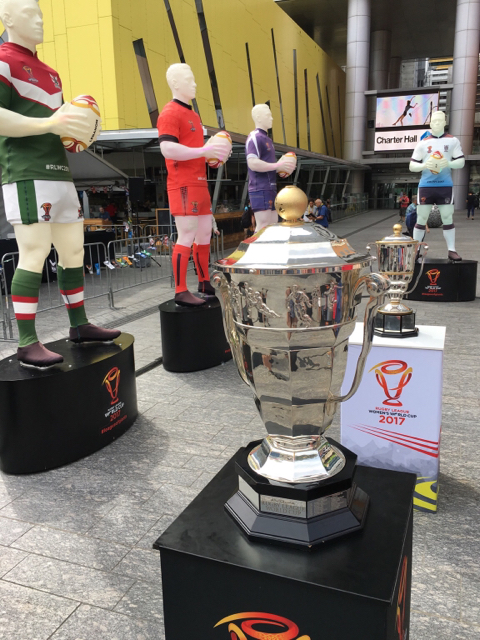 The World Cup effectively extended the rugby league season right up until early December. Some people would have us believe that the care factor was low - but there was great interest in the announcement of the World Cup squads in early October. In fact, it was the number two story of the year, based on site traffic. Josh Papalii was snubbed by the Kangaroos - with no Canberra Raiders players selected for Australia. His suspension from the Anzac tester after a drink driving incident earlier in the year also caused a splash... but not big enough to make the top ten most viewed threads.

There was still strong Raiders representation in other World Cup squads. Josh Hodgson and Elliott Whitehead were selected for England; Jordan Rapana and Joe Tapine for New Zealand; Papalii, Junior Paulo and Joey Leilua for Samoa; and Kurt Baptiste and Kato Ottio for Papua New Guinea. It kept Raiders fans engaged right through to the World Cup final, with Elliott Whitehead starring in England's narrow loss to Australia.

Sia Soliola's five week suspension for a late tackle on Melbourne Storm fullback Billy Slater contributed to one of the biggest days for site traffic of the year. While the five week penalty was probably not too far wide of the mark, the handling of the case by the NRL was poor - with Tony Archer issuing a statement to the effect that Soliola should have been sent from the field, prejudicing the judiciary hearing.

The injury suffered by Josh Hodgson in England's World Cup semi final win over Tonga was big news, along with Jarrod Croker's knee injury while playing for the World All Stars during the pre season... with both stories just outside the top ten most viewed threads of the year. 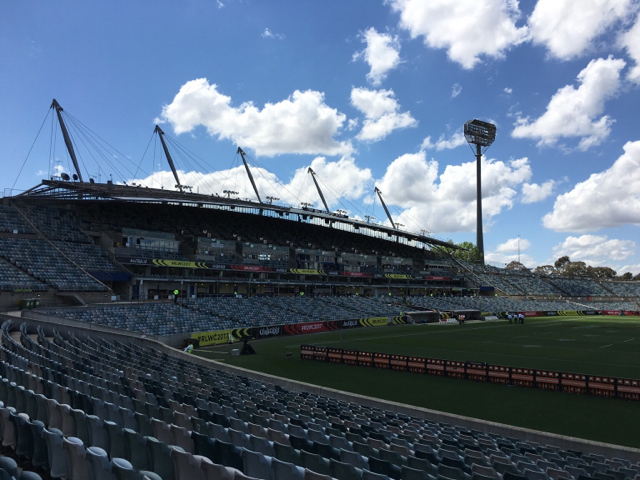 Finally, the debate about the need for a new Canberra Stadium continued to rage through 2017. The mooted, new, covered stadium in Civic has been put on the back burner by the ACT government. Indeed, one has to wonder whether it will happen at all. The proposed site is a difficult one, and will likely need to be built in part, over Parkes Way. The orientation of the stadium would not be ideal either, and might not support a natural grass surface. Then there's the financial problems and questions as to whether likely usage can justify the costs. Despite all that, a new stadium of some sort is going to be needed soon - with stadium developments in Sydney and Queensland set to leave the existing stadium in the shade.

So that was the news that was. Raiders fans will probably be happy to leave 2017 behind, and will be hoping for a much better 2018. Will it be the year of the Raider?

TOP TEN STORIES ON THE GREENHOUSE IN 2017, BASED ON WHAT YOU CLICKED

Re: Top ten stories on The Greenhouse: What you clicked in 2

The top nine pics posted or shared by The GH on Instagram in 2017.