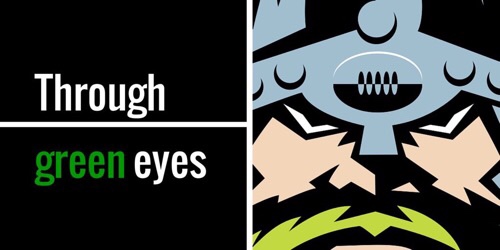 The news started to filter through this morning. Kato Ottio had passed away, aged just 23, in Papua New Guinea. I could not believe it. I didn't want to believe it. There was a stream of posts on Twitter and Facebook. Then I saw the Canberra Raiders players posting about it on Instagram. Then I saw his new club, the Widnes Vikings, confirming the terrible news.

We now know that Kato had been training with the PNG Hunters and then decided to run home. He was reportedly keen to promote a professional approach to training with his fellow PNG rugby league players. His manager says he started to slow down and then collapsed. He didn't recover and died in the early hours of the morning in a Port Moresby hospital.

Kato was a player who created a lot of excitement amongst Canberra Raiders fans. He'd joined the club on a train and trial contract from the Hunters... and forced his way into the Canberra squad. He made it simply through his hard work. He'd represented PNG in volleyball, but came to Canberra with the aim of making it in the NRL... and supporting his family back home.

He never played an NRL match with the Raiders. But I lost count of the times that I saw posters on The Greenhouse suggesting he debut. In 2016, he scored 29 tries in 23 games for the Raiders' NSW Premiership team, Mounties. He was Air Kato.

I was at the match at Penrith Stadium in the opening match of the 2016 NSW Premiership finals when he suffered an ACL injury. It was a huge blow for Mounties, after they had finished minor premiers... but went on to lose in the Grand Final to Illawarra. It was a huge blow for Kato too... as he faced a long period of recovery and rehabilitation.

I've not spoken to him a lot... but I remember one day at Raiders Belconnen, when Mounties held an open training session in 2017 prior to a "home" game at Canberra Stadium. I'd say less than a handful of Raiders fans turned up for the session, but Kato was there. He was watching his Mounties mates train.

I had a good chat to him in the tiny stand and spoke about his rehab and his hopes for the future. He was still hoping to make an impression on returning for Mounties and press for an NRL debut in 2017. He was a gentle bloke, happy to talk to a fan.

His NRL debut did not happen. He had a great World Cup campaign for Papua New Guinea, and many Raiders fans followed his progress closely. They still hoped he'd get a new contract for 2018. Instead, he had an opportunity in the European Super League, with Widnes, after making such an impression in the tournament.

I've just watched video of the PNG Hunters players visiting Kato Ottio's home village. The scenes of grief moved me to tears, not for the first time today.

I didn't know Kato Ottio as his friends at the Canberra Raiders did. He may not have donned the green in an NRL match, but I will always remember him in the green jersey in the Auckland Nines and in pre-season. And at that early evening at Mounties training at Kippax.

If you can put some sentences together and you'd like to write a regular column for The Greenhouse, let us know! We are keen to have more contributing writers!

What a ghastly, ghastly thing to happen.

He was absolutely electric on that wing for Mounties.

I believe he played a bit of centre as well.